Recently I had the chance to visit an Islamic exhibition held here in the State Mufti’s Office in the capital Bandar Seri Begawan here in Brunei. The exhibition was “Pameran Pedang Nabi Tongkat Nabi Musa” or The Sword of the Prophet Muhammad and the Staff of Prophet Moses exhibit in English. The exhibition was held from the 16th of March until the 5th of April 2011, although I only had the chance to visit it on the very last day due to work and other things that I had to attend. 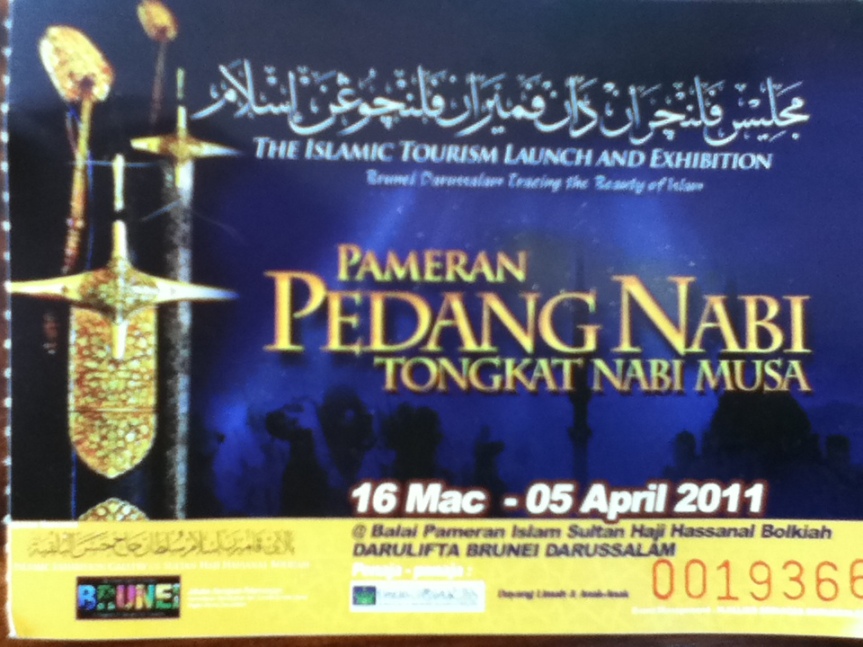 (Sorry the images are not very sharp since I only had my crappy 0.7 megapixel iPod touch to take pics, and my camera phone is out of battery.) The entry tickets costs BND5 for adults and BND2 for children. I brought my parents together back then and it counts up to BND15 in total…yikes. I think this is the only exhibition that I had visited here in Brunei that required payment, but I can understand that because the artifacts were flown from the Topkapi Palace in Istanbul, Turkey, though it is said  that some, if not all of the artifacts are mere replicas. 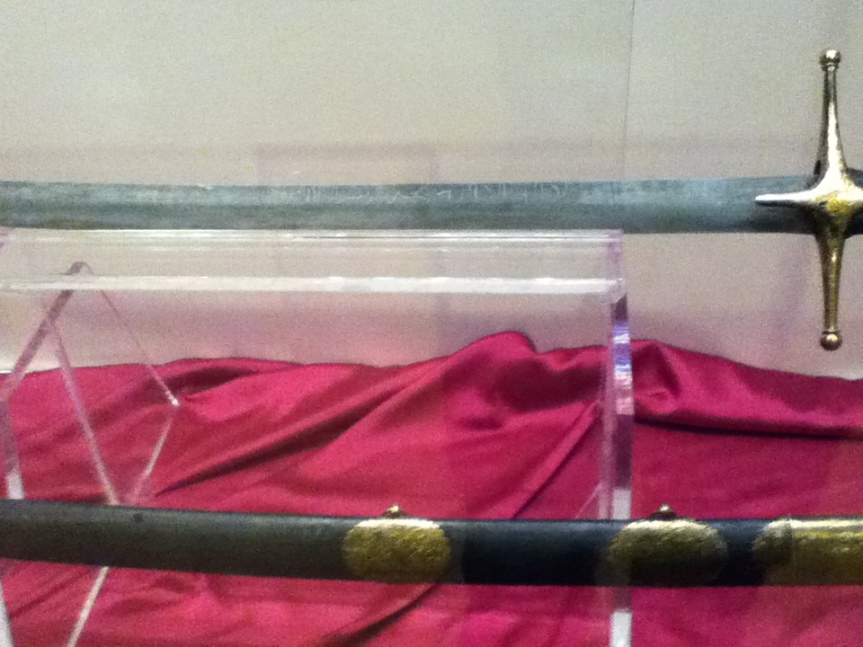 Measuring 100 cm long, this sword has a black leather hilt. The cross guard and pommel are decorated with gold floral design in relief. It has a single-edged iron blade. “Muhammad is the Messenger of God-Muhammad ibn Abd Allah ibn Abd al Muttalib” is inscribed in silver on one side of the blade. The scabbard is covered with leather, and it is ornamented with gold. The sword alone weights 930 grams, and with the scabbard 1,684 grams.

I can only took very little pictures in the gallery that holds the swords and the staff of Prophet Moses because cameras and photography are actually not allowed – but then I manage to sneak in my iPod – and also the fact that there were many security personnel and the State Mufti’s office staffs roaming there, making me rather suspicious if that rumours of the artifacts are just replicas to be true. I only managed to take pictures of two of the swords out of about seven artifacts that includes a few swords and a bow attributed to the Prophet Muhammad and the Staff of the prophet Moses. I didn’t managed to take the picture of one of the swords of the Prophet that really caught my eye – it was very large at the weight of more than 4kgs and the length of a 5-year-old child. What more astounding is the carvings on the blade that bears Chinese influences, featuring lions and phoenixes. The carvings were also done on other blades as well. Other than weaponry, there was also various artifacts attributed to prophet Muhammad such as his sandals and his footprint. 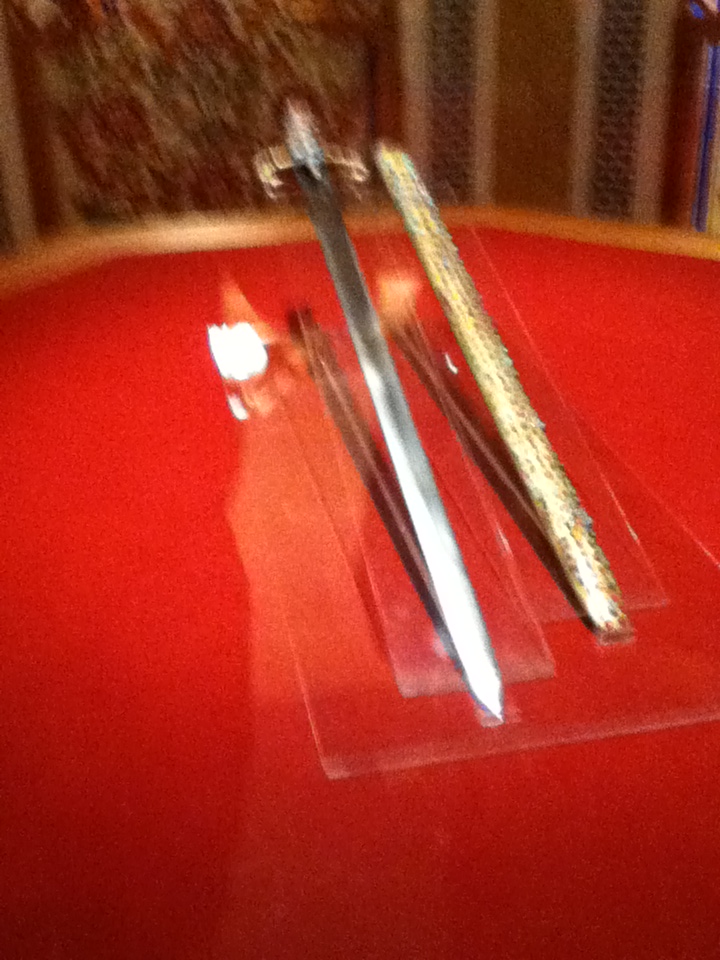 Measures at 99 cm in length and has octagonal golden hilt. Both the hilt and the cross guard are studded with rubies and pieces of turquoise in gold mounts. Resembling two serpents, the cross guard is curved toward the blade. The faint inscription, “Rasulullah” (Messenger of God), appears on the straight with a pointed tip. The Scabbard is 85cm in length, made of gold and embellished on one side with studded floral design to match the hilt, whereas the other side is decorated with floral design in relief. The scabbard also has a silver belt buckle and a green cloth bag with floral design. The sword has been preserved in this cloth bag bearing an inscription stating that it belonged to the Messenger of God.

There were also other galleries in the exhibit, but I will save it for later 🙂

I really haven’t had much time to update this blog, because I was very busy with invitations and exhibitions to attend along with my full time job that in the end of the day I was really exhausted.
I will try to update the blog and post articles especially Imagining Islamic Aesthetics (albeit maybe once or twice per month) so keep on checking back, insya Allah (God’s willing) I will do it some time.
Cheers!